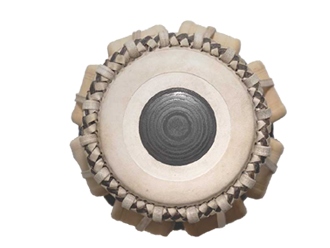 "Connecting the past and the present is one of the goals of Indian music but in the process sometimes something extraordinary occurs and a contemporary masterpiece is unfurled to touch the future....... Posterity will have seen history in the making at the Nehru Centre on 30 December 1995." Ken Hunt Navras Records is privileged to bring out this phenomenal performance - The Valley Recalls - on DVD format, having already been the best selling CD title on the Navras Catalogue since its release in 1996. The fact that this performance is a sequel to a blockbuster Call Of The Valley album released in 1967 by EMI has for always marked this as a very significant landmark, not least being after a duration of almost 30 years! The departure point from the original recording in this case is simply that not only there is a long, extended and far more improvised version of Raga Bhoopali, but the fact that the thematic part, "Peace Love & Harmony" is also a largely improvised performance makes this also a unique and a landmark offering. The maturing of Sharma and Chaurasia is visible in their presentation of their music and despite a huge gap since their previous duet, the clear fusing of their minds and music is simply magical! It is as natural and seamless as one could possibly imagine! Hearing this concert on a CD gave one flutters but to see it being performed visually makes one fully realise what an incredible performance this is! Apart from the pedigree, it is better to identify The Valley Recalls more as iconic in its own right rather than a sequel, per se, to what in the 1960s was a mould breaking effort to bring classical music in an idiom more widely acceptable and enjoyable. The Valley Recalls has moved on to altogether different level of performance and complexity, combining the highest standards of classical rigour (Raga Bhoopali) with breath-taking presentation of a thematic form - improvised, less rigorous and thoroughly enjoyable! The DVDs also features an exclusive interview with Pandit Shivkumar Sharma & Hariprasad Chaurasia. " - Tower Records (UK) 1996

In Search of Peace, Love and Harmony